The Woman in Red (Compact Disc) 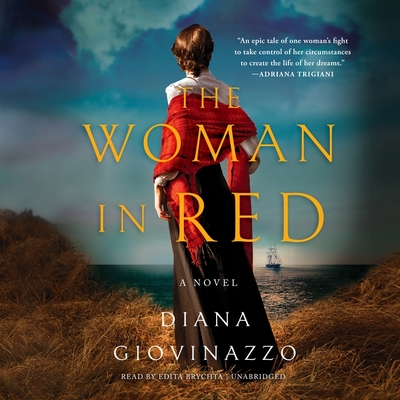 By Diana Giovinazzo, Edita Brychta (Read by)
$40.00
NOT AVAILABLE

Experience the epic tale of one woman's fight . . . to create the life of her dreams in this sweeping novel of Anita Garibaldi, a 19th century Brazilian revolutionary who loved as fiercely as she fought for freedom (Adriana Trigiani).

Destiny toys with us all, but Anita Garibaldi is a force to be reckoned with. Forced into marriage at a young age, Anita feels trapped in a union she does not want. But when she meets the leader of the Brazilian resistance, Giuseppe Garibaldi, in 1839, everything changes.

Swept into a passionate affair with the idolized mercenary, Anita's life is suddenly consumed by the plight to liberate Southern Brazil from Portugal -- a struggle that would cost thousands of lives and span almost ten bloody years. Little did she know that this first taste of revolution would lead her to cross oceans, traverse continents, and alter the course of her entire life -- and the world.

At once an exhilarating adventure and an unforgettable love story, The Woman in Red is a sweeping, illuminating tale of the feminist icon who became one of the most revered historical figures of South America and Italy.