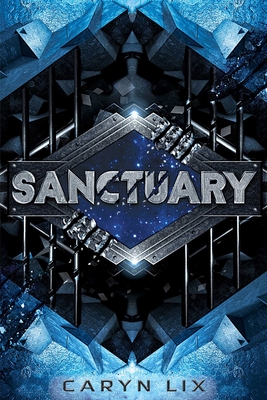 
Available to Order from Our Warehouse
Alien meets Alexandra Bracken’s The Darkest Minds in this thrilling debut novel about prison-guard-in-training, Kenzie, who is taken hostage by the superpowered criminal teens of the Sanctuary space station—only to have to band together with them when the station is attacked by mysterious creatures.

Kenzie holds one truth above all: the company is everything.

As a citizen of Omnistellar Concepts, the most powerful corporation in the solar system, Kenzie has trained her entire life for one goal: to become an elite guard on Sanctuary, Omnistellar’s space prison for superpowered teens too dangerous for Earth. As a junior guard, she’s excited to prove herself to her company—and that means sacrificing anything that won’t propel her forward.

But then a routine drill goes sideways and Kenzie is taken hostage by rioting prisoners.

At first, she’s confident her commanding officer—who also happens to be her mother—will stop at nothing to secure her freedom. Yet it soon becomes clear that her mother is more concerned with sticking to Omnistellar protocol than she is with getting Kenzie out safely.

As Kenzie forms her own plan to escape, she doesn’t realize there’s a more sinister threat looming, something ancient and evil that has clawed its way into Sanctuary from the vacuum of space. And Kenzie might have to team up with her captors to survive—all while beginning to suspect there’s a darker side to the Omnistellar she knows.
Caryn Lix has been writing since she was a teenager and delved deep into science fiction, fantasy, and the uncanny while working on her master’s in English literature. Caryn writes novels for teens and anyone else who likes a bit of the bizarre to mess up their day. When not writing, Caryn spends her time obsessively consuming other people’s stories, plotting travel adventures, and exploring artistic endeavors. She lives with her husband and a horde of surly and entitled animals in southern Alberta. Find out more at CarynLix.com.

Could there be a better young adult historical fiction storyteller than Stacey Lee? The Downstairs Girl rings with honesty about the plight of Jo Kwan, living in Atlanta in 1890 in an abandoned basement below an unsuspecting family that runs one of the town's newspapers. Jo becomes the unseen advice columnist "Dear Miss Sweetie" as she uses her considerable wit to answer letters - all the while working as a maid to a privileged and cruel teen. Romance, racial inequities and family squabbles all result in Lee's outstanding development into a glimpse of Atlanta's storied genteelness. This is a sure winner! - Maureen