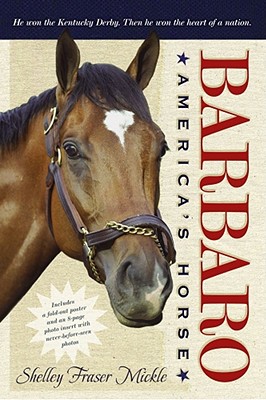 Then, in one sickening, heart-stopping moment, everything changed. Suddenly he was no longer racing for glory; he was fighting for his life. And the horse bred to be a champion became much more.

He became a symbol of hope and courage for an entire nation.
Shelley Fraser Mickle is an award-winning author who has published over a dozen books, which, along with her commitment to literacy and the power of story, led to her being nominated to the Florida Women’s Hall of Fame in 2014. Her books have been New York Times Notables, Library Journal’s Best Adult Books and her nonfiction book, Barbaro: America’s Horse (2007) won a Bank Street Award. She lives on her ranch in Gainesville, Florida.

The Dutch House: A Novel (Paperback)