10% off audiobook credit bundles from Libro.fm AND get a free holiday listen

*Not including gift cards and some small press titles.

The Curious Incident of the Dog in the Night-Time: (Broadway Tie-in Edition) (Vintage Contemporaries) (Paperback) 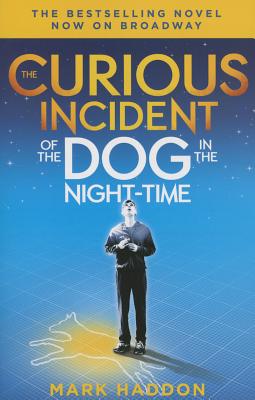 The Curious Incident of the Dog in the Night-Time: (Broadway Tie-in Edition) (Vintage Contemporaries) (Paperback)

Christopher John Francis Boone knows all the countries of the world and their capitals and every prime number up to 7,057. He relates well to animals but has no understanding of human emotions. He cannot stand to be touched. And he hates the color yellow.

The improbable story of Christopher's quest as he investigates the suspicious death of a neighborhood dog makes for one of the most captivating, unusual, and widely heralded novels in recent years
MARK HADDON is a writer and illustrator of numerous award-winning children’s books and television screenplays, as well as the novels The Curious Incident of the Dog in the Night-time, A Spot of Bother, and The Red House, as well as a collection of poetry, The Talking Horse and the Sad Girl and the Village Under the Sea  As a young man, Haddon worked with autistic individuals. He teaches creative writing for the Arvon Foundation and at Oxford University. He lives in Oxford, England.

“Mark Haddon's portrayal of an emotionally dissociated mind is a superb achievement. He is a wise and bleakly funny writer with rare gifts of empathy.”    --Ian McEwan

"I have never read anything quite like Mark Haddon's funny and agonizingly honest book, or encountered a narrator more vivid and memorable."   --Arthur Golden

“The Curious Incident brims with imagination, empathy, and vision -- plus it's a lot of fun to read.”   -- Myla Goldberg

Daughters of a Dead Empire (Hardcover)

A stunning debut from O'Neil, this revisionist telling of the Russian legend of Anastasia rings true even with today's current events. Pulsing with energy, this Anna seems at first ill prepared for life's hardships but stumbling upon peasant Zhenya, the two form a fragile bond that deepens as violence and bloodshed encircle them. Readers will be salivating for O'Neil's next effort! Highly recommended.