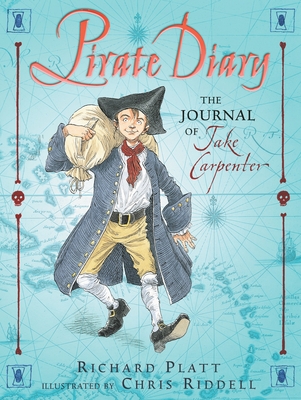 By Richard Platt, Chris Riddell (Illustrator)
$6.99
Recently On Our Shelves

— From Staff Picks by Pete

Curious about life on a pirate ship? Climb aboard this account of adventure on the high seas as told by a feisty nine-year-old carpenter's apprentice, circa 1716.

Curious about life on a pirate ship? Climb aboard this account of adventure on the high seas as told by a feisty nine-year-old carpenter's apprentice, circa 1716. Historically accurate illustrations of ship and crew, a map of Jake's travels, and a detailed glossary and index vividly reveal the fascinating — and harsh — life of a pirate in the eighteenth century. Ships ahoy!