The Room of White Fire (Hardcover) 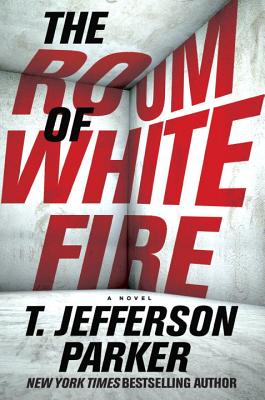 “T. Jefferson Parker is the poet of American crime fiction, and The Room of White Fire absolutely proves why.”—C.J. Box

In this stirring thriller from New York Times bestseller and award winner T. Jefferson Parker, P.I. Roland Ford must hunt down a soldier who is damaged by war, dangerous, and on the run.

Roland Ford—once a cop, then a marine, now a private investigator—is good at finding people. But when he’s asked to locate an Air Force veteran who’s escaped from a mental institution, he realizes he’s been drawn into something deep and dark. What he doesn’t know is why a shroud of secrecy hangs over the disappearance of Clay Hickman—and why he’s getting a different story from everyone involved. In a flash, what began as just a job becomes a life-or-death obsession for Ford, pitting him against immensely powerful and treacherous people and forcing him to contend with chilling questions about truth, justice, and the American way.

T. Jefferson Parker is the author of numerous novels and short stories, including The Room of White Fire and Swift Vengeance, the winner of three Edgar Awards, and the recipient of a Los Angeles Times Book Prize for mysteries. Before becoming a full-time novelist, he was an award-winning reporter. He lives in Fallbrook, California.

“Parker is the poet of American crime fiction, and The Room of White Fire absolutely proves why. It’s topical, poignant, brutal, tragic and wry at the same time—and the tale thumps along with the rhythmic and stylistic soundtrack of a beating heart that seems to be shared by PI Roland Ford and Parker himself. There’s a damned good reason Parker has won three Edgar Awards. The Room of White Fire is the opening salvo of a new series that might win him his fourth.”—C.J. Box

“Fords assignment, as he redefines it, becomes much more complex than tracking down a missing person. His noble goal is not only to find Hickman but to heal him.” —Wall Street Journal

"Parker deftly builds the tension from suspense to menace to an overwhelming sense of dread. The result is a fast-paced, beautifully written thriller." —The Washington Post

“Parker plays the reader like a virtuoso, with never a disappointing page. His hero is gutsy and vulnerable, the danger high-risk with treachery coming from all directions. And when you’re done, like me you’re going to be clamoring for more from this new series.”—Steve Berry

“A San Diego PI and veteran of the Gulf War takes a missing person case that plunges him into a maddening mystery. The unrelenting suspense and multiple dangers in his quest ultimately reveal that he is seeking nothing less than love lost and redemption for his own soul.”—Joseph Wambaugh

"[The Room of White Fire] arrives at a spectacular finish. The characters are all well developed. The plot moves quickly, and the dialogue is smart. But the best part is how Parker will make readers think about the themes he weaves into his story, themes that linger in today’s world." —San Antonio Express News

“An impressive series kickoff from the prolific Parker, packed with interesting supporting characters and written with clarity and economy.”—Kirkus Reviews

“Mesmerizing and haunting. The kind of shocking suspense that keeps you racing to the bitter end. The kind of compelling characters that leave you willing to read from the beginning again. I'm already counting down to the next book in the series.”—Lisa Gardner

“Parker's richly haunting tale about the hidden costs of America's secret war on terror should be the next book you read. The Room of White Fire is sad and funny and deeply moving, classic California noir with heartbreaking prose and unexpected moments of grace.”—Nicholas Petrie

“Parker's muscular writing has dazzled for years. His characters are as authentic as the gripping situations he creates. In The Room Of White Fire he once again demonstrates his Edgar Award-winning storytelling. He captivates and chokes the air out of the room. Masterful! There are few if any crime writers out there this good. Reader beware, The Room of White Fire will lock you inside and not let you out.”—Ridley Pearson

“Parker weaves all the best of classic noir fiction into a thoroughly modern, beautifully written novel about the horrors of war, loss, and ultimately redemption.  Twisting, psychologically astute, and brutally honest.”—Lisa Unger

“Like the authors of all great noir fiction, Parker has given us an unforgettable investigator in the person of Roland Ford. The ex-Marine and combat veteran is part badass, part philosopher, and his wry insight into the world around him and the people in it are a pleasure to read. And read you will: Parker is a master at spinning a tale you can't put down.”—Peter Heller

Strike Me Down: A Novel (Hardcover)

Mindy Mejia owns the space of taut, tightly woven plotted thrillers and Strike Me Down is just that. Contemporary Twin Cities-locale, with fitness/MMA brand called Strike, Mejia's forensic accountant Nora Trier is to find a multi-million dollar company thief. The multiple perspectives Mejia employs circles this edge of your seat tale and then doubles back to throw you in a new direction. Wow -- this is one stunning thriller. - review by Maureen