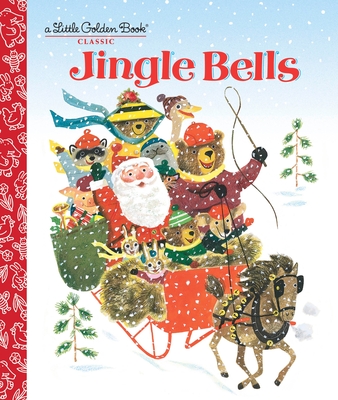 A bear family takes some of the village animals out for a spin in the sleigh-and ends up helping Santa deliver his toys! This merry Little Golden Book from 1964 is reissued for a new generation of children to enjoy.

Kathleen N. Daly worked as an editor at Golden Books in the 1960s. She wrote many popular Little Golden Books including The Good Humor Man, Jingle Bells, and Richard Scarry's Colors.

J. P. Miller (1913-2004) illustrated many Golden Book titles from the 1940s through the 1970s, including The Little Red Hen. Before becoming a children’s book illustrator, Miller had worked in the Walt Disney Studio’s elite Character Modeling Department, creating characters, such as the dwarf Dopey, for Disney’s first feature film, Snow White. He later designed the character of the toy maker Geppetto for Pinocchio.

Just won the Pulitzer Prize for Biography! I've read everything by and about Laura Ingalls Wilder and I still found this fascinating. It describes not only her life and that of her family; but put it into the historical context. Amazing stories, such as the 1,800 mile-long cloud of locusts. - Nikki