Who Was Davy Crockett? (Who Was?) (Paperback) 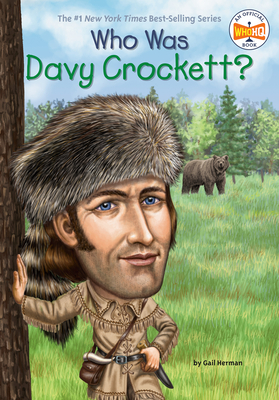 Who Was Davy Crockett? (Who Was?) (Paperback)


Recently On Our Shelves
Davy Crockett, the King of the Wild Frontier, is a man of legend. He is said to have killed his first bear when he was three years old. His smile alone killed another, and he skinned a bear by forcing him to run between two trees. Fact or fiction? Find out the real story of this folk hero, who did love to hunt bears, served as a congressman for Tennessee, and fought and died at the Alamo.
Gail Herman has written several biographies, including Who Was Jackie Robinson?

Swashbuckling for a new generation, Eelyn from the Aska clan lives for her fighting season with the dreaded Riki clan. This is a story when raw, physical power and ancient beliefs dictate warriors come from either sex. Family, fighting and feuding are keys to this strong debut Young has crafted of a Viking culture that may need to compromise its deeply held beliefs in order to survive. Harrowing, and bloodthirsty with a high body count, this kickass heroine surely has crossover appeal to fans of Wonder Woman. Could not put this down, your heart will be racing to the end.